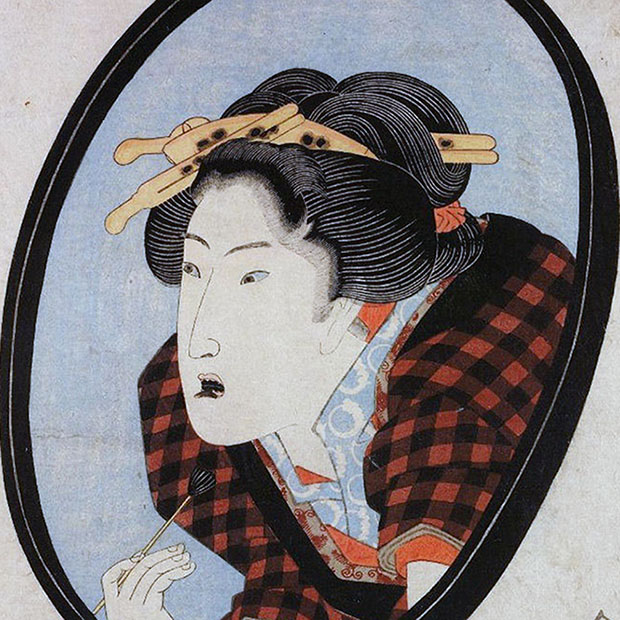 There’s a lot of strange stuff buried in the history of dental health and hygiene.

Here are a few traditions that really stand out.

The ancient Babylonians had a very peculiar way of treating bruxism (chronic teeth-grinding). They believed the problem was caused by demons, so the solution was to scare the demons away…by sleeping right next to a human skull. Supposedly the grinding habit would leave along with the demon. We suggest consulting a dentist instead.

In ancient Egypt, someone who had a toothache could be treated with a pain-killing ointment. One of the main ingredients of this ointment? Mice. We don’t know how effective this was at managing the discomfort of a toothache, but we’re pretty sure we’d rather not find out. You’re much better off scheduling an appointment so the dentist can discover the cause of the pain and recommend treatment.

Modern beauty standards are all about having dazzling white smiles, but that hasn’t always been the case in every culture. Many cultures in Asia historically preferred black teeth instead! In Japan until the end of the Meiji period in the late 1800s, wealthy women and samurai often used the practice of Ohaguro to stain their teeth black. They liked the way it looked and believed it provided some protection against tooth decay. (We don’t advise copying them.)

Thousands of miles away and hundreds of years earlier in England, people were also blackening their teeth. When the sugar trade first reached the British Isles in the Early Modern period, sugar was so expensive that only the nobility could afford tooth-rotting sweets, so black, rotten teeth became a mark of affluence. Sumptuary laws prevented the lower classes from dressing above their station, but there was no law stopping them from using soot to imitate the appearance of a wealthy smile!

Even worse, Elizabethan England thought sugar was a vital ingredient for toothpaste!

2500 years ago, the ancient Mayans would drill holes in each other’s teeth by hand, then use plant sap as glue to attach gemstones inside the holes. They were careful to avoid the nerves in the teeth, but this is still a very risky form of body modification even in modern times. Teeth shouldn’t have holes in them, whether artificial or in the form of a cavity that develops over time, as that’s how bacteria can eventually reach the pulp chamber and cause a serious infection.

What Will Future People Find Weird About Our Teeth?

Can you think of any teeth traditions we have today that future generations might think are very strange? We’re guessing it might be the online (and extremely dangerous) “do-it-yourself braces” tutorial videos or people who follow the Mayan example of embedding jewels in their teeth. We encourage our patients to prioritize their dental health by maintaining good dental hygiene habits, cutting back on sugar, and making it to their regular dental appointments.